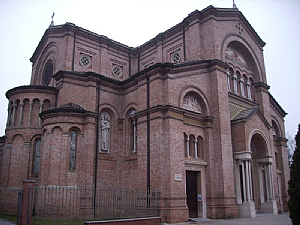 A BIT OF HISTORY

There are no reliable documents that allow us to reconstruct a complete history of this area. Some discoveries show that the territory may have been inhabited at the time of the terramare, and later by Gaulish populations.

Numerous remains that have come to light in the town and surrounding villages show that there were Roman settlements here.

The mediaeval history of the town is better documented and reveals the presence of the Malaspina, who built the Castle of Podenzano in 1152. Between the 12th and 13th centuries this area was involved in the bitter fighting between factions contending the control of the city of Piacenza. There is also mention of various attacks and destruction by King Enzo between 1242 and 1245.

The Anguissola purchased the fief of Podenzano in the second half of the 15th century and kept it until the Napoleonic period. In 1806 Podenzano was made a municipality in the district of Piacenza.

Today Podenzano is a modern town, with industrial and commercial businesses. Agriculture, the original vocation of this territory, has not been abandoned but is well developed and prosperous.

If you turn left when you come from Piacenza, you will find most of the historic buildings of the town. The first important building you will notice is the mediaeval Castle, built by the Malaspina and today the Town Hall. Further on is the church of San Germano, the old pieve rebuilt and decorated last century. There is an impressive cycle of frescoes by Luciano Ricchetti inside, while the bell tower next to the church was built on the base of the Romanesque tower.
The Torrazzo is also interesting. Built in the 16th century and altered by restorations, it is still privately owned today.
To reach the chapel of San Giacomo, from the 12th century, you must go in the opposite direction, where there are also some fine homes.
Here below some more ideas to visit Podenzano.