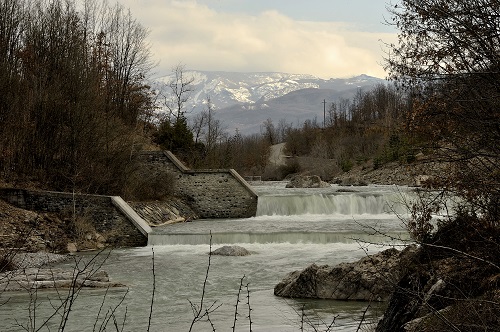 The history of the territory of Farini has its roots in the Middle Ages, and is intimately linked to that of the noble family of the Nicelli. In perennial conflict with the Landi, lords of the nieghbouring Ceno Valley, in the attempt to extend their dominion over the entire valley, the Nicelli were loyal to Charlemagne. Over the centuries they managed to conquer more and more territory, which included not only the present municipality of Farini, but also that of Bettola. These conflicts continued up until the 16th century, when the Farnese became sovereigns of the whole district of Piacenza.

The Nicelli family dates back a long way: according to tradition they are descended from the Roman colonist Marcus Annicius, who built a tower in the locality now known as Aniceto.

In 1441 Filippo Maria Visconti recognised the Magnifica Università della Val Nure, a real Community of the Valley, which not only enjoyed a series of fiscal privileges and exemptions but also a certain autonomy exercised through its own magistrates, subject only to the central authority of Milan. Thirty-eight towns and villages formed part of the Università or Union, among them Groppo Ducale and Rigolo. The institution survived for more than four centuries, up until the foundation of the Kingdom of Italy.

During the 19th and 20th centuries, the poverty of this area, so far from the centres of industrial production, led many of the inhabitants of the valley to move away, down to the plain or abroad, especially to France, in search of work.